For my great-grandson Heath’s 3rd birthday, I made him this quilt made from construction machine panels. 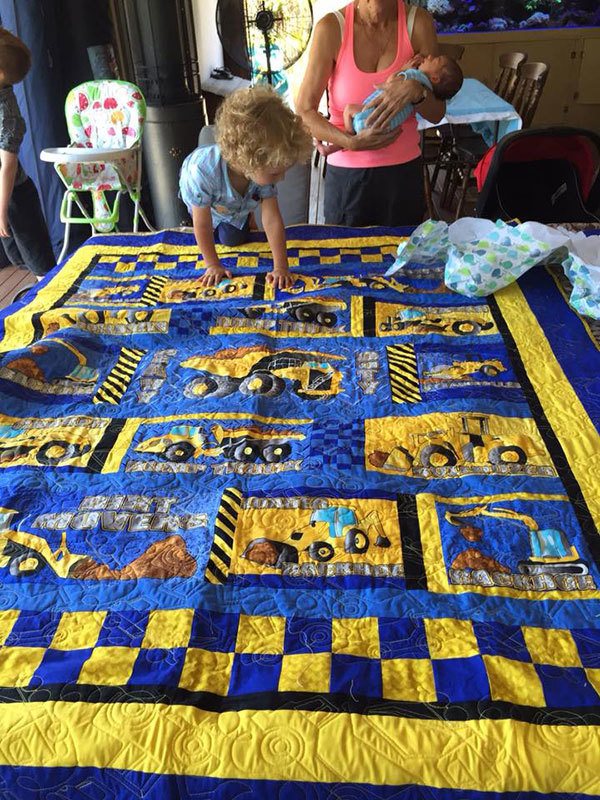 My daughter-in-law, Stacy, gave me a panel of construction vehicles.  I already had another Construction vehicle panel that I was planning to make for one of my other great grandsons, Connor, and she thought I might like to make 2 quilts while I was on the go.

At the time I didn’t realize that she had actually given me two panels.

When I got it home and had a look at it,  not realizing that I had 2 panes, I set about working out how I was going to tackle this.  I  kept thinking it was an odd-shaped pane,l as it was too wide and too short and it was from that point of view that I made the quilt.

This ‘Construction’ panel was designed by Nancy J. Smith and Lynda S.Milligan for Alvin Inc. 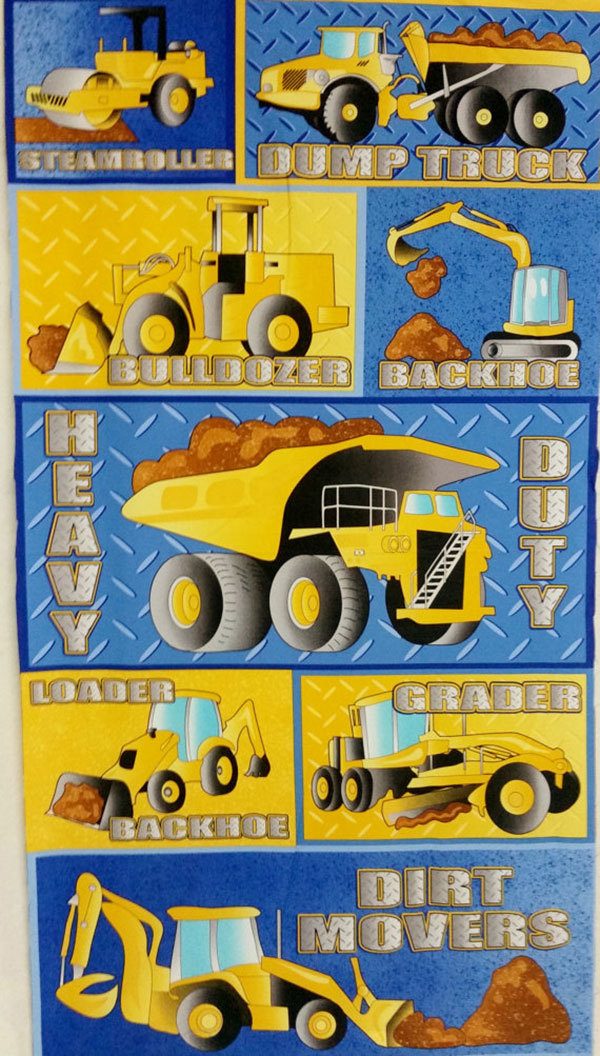 TOOLS USED IN THIS TUTORIAL

You can check the latest prices at Amazon by clicking on the links below:

After laying out the panel, Paula and I had a round table talk about what to do and we decided that there was only one thing for it and that was to separate the pictures into individual blocks. 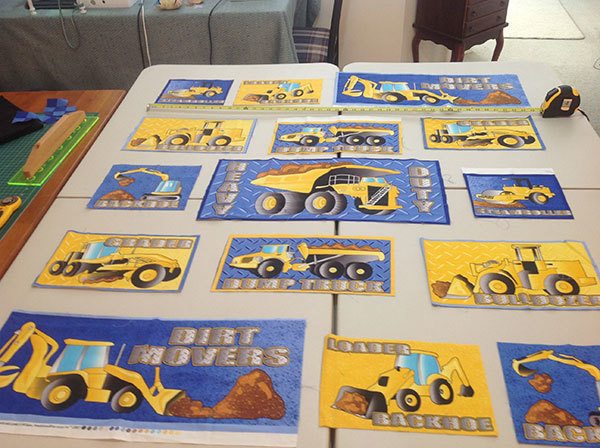 Before going any further I had to decide on how big I wanted the centerpiece and the overall quilt to be. I decided to make the center 45½” wide and 63″ long. This meant building up the center blocks to these measurements. 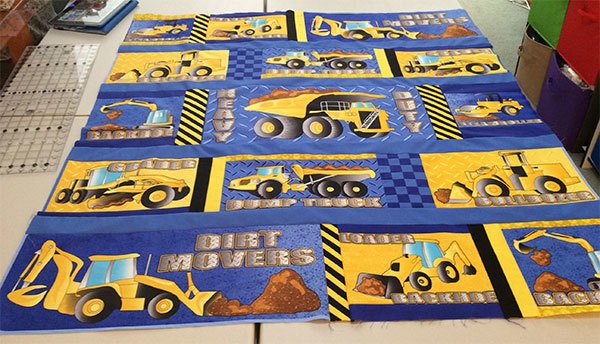 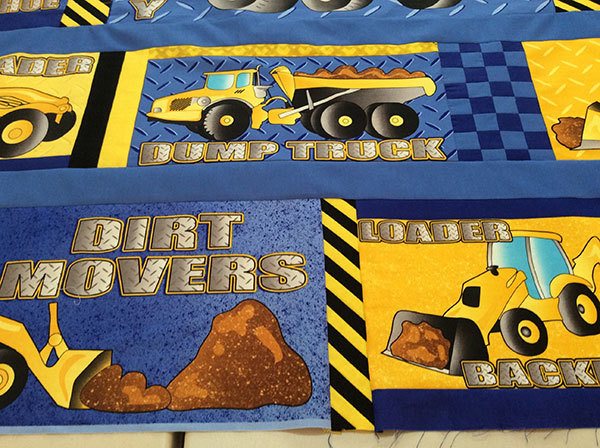 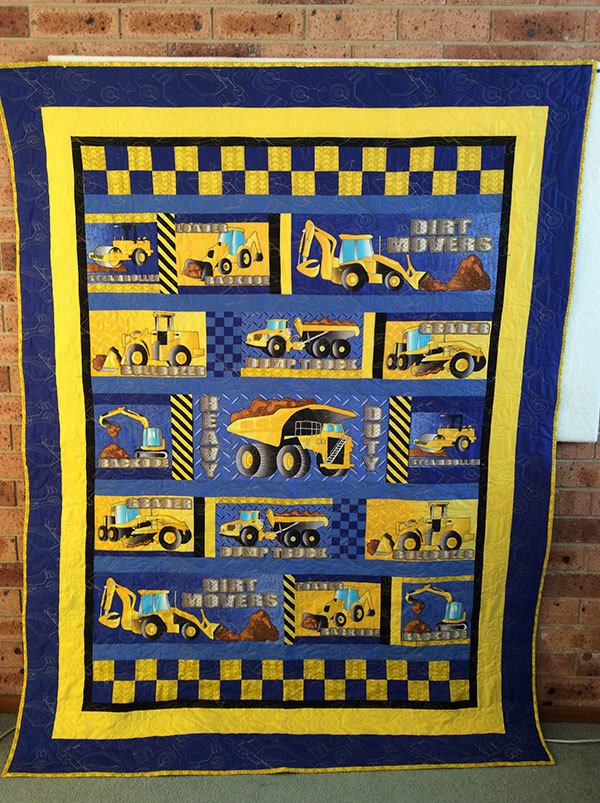 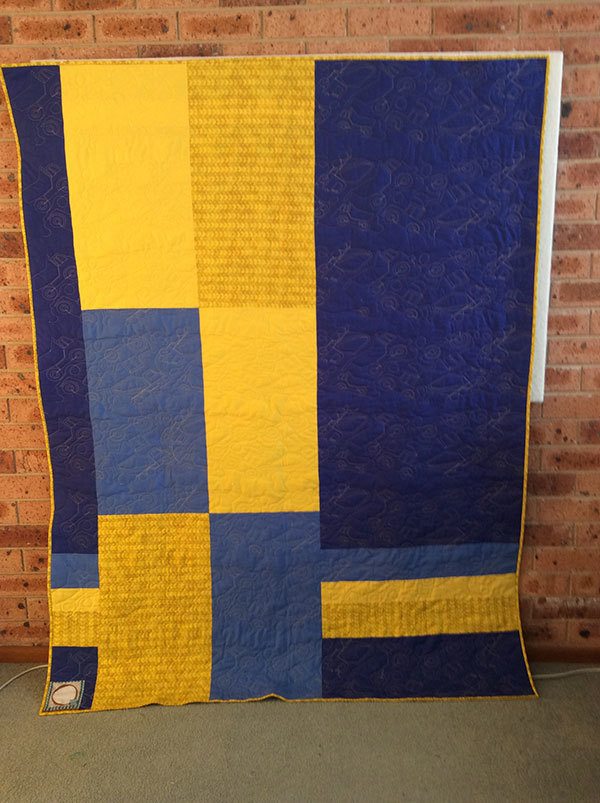 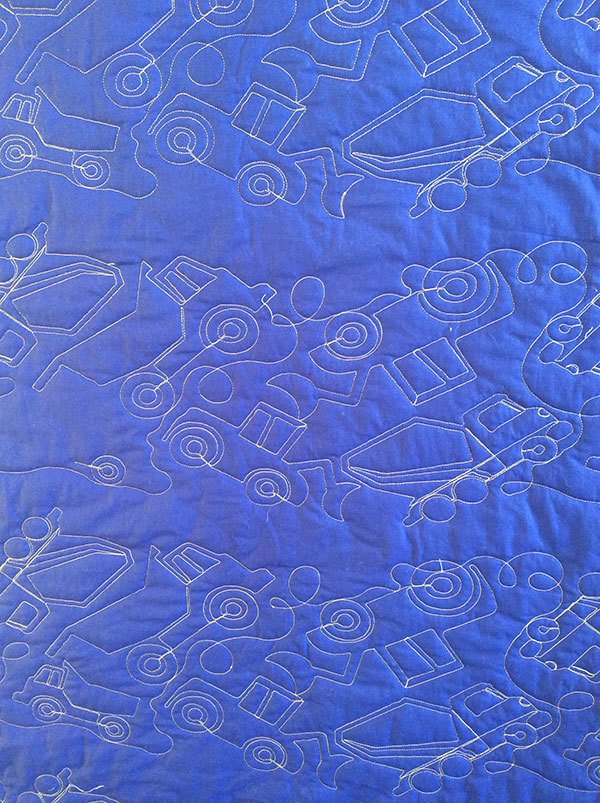 I have to say I am very pleased with the result.