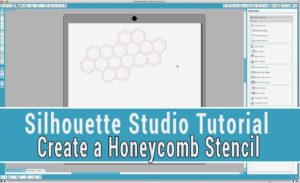 We have had the Silhouette Cameo for a while now and have been getting the hang of using it. It's very similar to the Brother Scan n Cut in terms of what it can do but there are enough differences to make it a whole new learning experience. Some things are better and some are worse but that is a whole different video which we will be doing in the near future. I know a lot of … END_OF_DOCUMENT_TOKEN_TO_BE_REPLACED