The ScanNCut Print to Cut Activation Card has been out for a while now but to be honest, we didn't rush out and buy it. It was only because we were getting a number of emails from our readers who were having difficulty getting clean cuts that we decided we needed to make the purchase. I'm glad we did because I am loving it and it arrived at just the right time because only a … END_OF_DOCUMENT_TOKEN_TO_BE_REPLACED 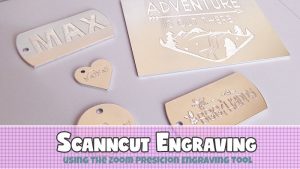 In this post, we are going to be taking a look at the Zoom Precision Engraving Tool for the ScanNCut. This was kindly sent to us by its creators to try out and you will be able to see it in action in the video posted below. Bear in mind, that we tested it only on the ScanNCut 2 but the creator tells me it works on all versions of the machine. We also only tested this … END_OF_DOCUMENT_TOKEN_TO_BE_REPLACED 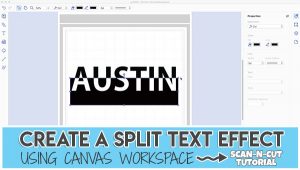 A reader contacted us recently to ask how to achieve a split text type effect using the ScanNCut. I always like a challenge, so went ahead to see if it would work. I ended up with two different methods. Watch the video below for step-by-step instructions or scroll down for the written instructions (If you can't see the video, you may have an adblocker on.) Start by … END_OF_DOCUMENT_TOKEN_TO_BE_REPLACED 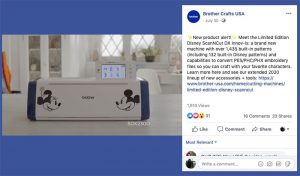 Just recently a limited edition Disney model of the ScanNCut DX was released, and I noticed a number of people on Brother's Facebook page talking about upgrading their current machine to this new version. Because of this, I wanted to get in and talk about whether it is actually worth upgrading and if in fact this is really an upgrade at all. Let's start with the … END_OF_DOCUMENT_TOKEN_TO_BE_REPLACED 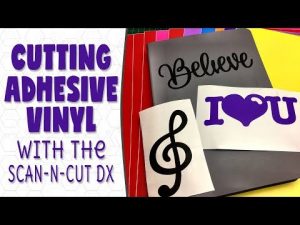 In this tutorial, we show you how to use the half-cut or Kiss Cut function in your ScanNCut Dx to cut adhesive vinyl. Not only will you learn how to cut Adhesive Vinyl and also how to use the transfer paper to transfer your designs. Watch the video tutorial below: Disclaimer: We were fortunate to be sent a bundle of Adhesive Vinyl and a roll of clear Transfer paper … END_OF_DOCUMENT_TOKEN_TO_BE_REPLACED