Note From Alanda Craft: Like a lot of people, I love Paris and Paula and I have visited there a couple of times. So much amazing history and I have always found the French people to be friendly and helpful. So I really love this Paris quilt panel that Barbara has used for her quilt. Don’t you think that the blue really makes the panel pop?  And the backing just sets it off beautifully. Thank you for sharing your Paris quilt panel quilt with us Barbara, just another one of your beautiful quilts. 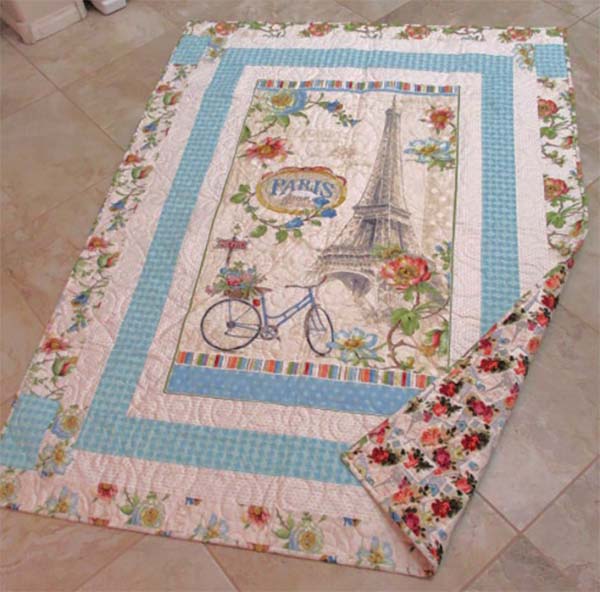 In the meantime, I saw a different panel at my quilt store and had to have it. I have a friend who was born and raised
in Paris. I love finding things that remind her of home. I bought the panel (called Forever Paris, I think) but they didn’t have
the companion pieces. I found a picture online that someone had done and loved it. But, I had no idea what to do with it.

The next time I was at the shop, the owner, Jill, was there and found one companion piece for me but said they did not have the other one – which was the bicycles. So, we found another piece with bikes in blue. I also found another border piece (cream) with tiny roses. I followed the pattern that the picture on the internet showed as best I could. Then there was the problem of a backing.

I knew they didn’t have anything I wanted at Clover Patch so I went to Joannes. I found something acceptable but when I went to the cutting table the clerk found 3 more choices which I liked a lot better. Trying to decide which one was hard because any would have worked. They were part of a collection so were very similar. We had to eliminate one because there was not enough on the bolt.

I like the blue borders and you can see how Barbara has built up the panel using blue sashing. 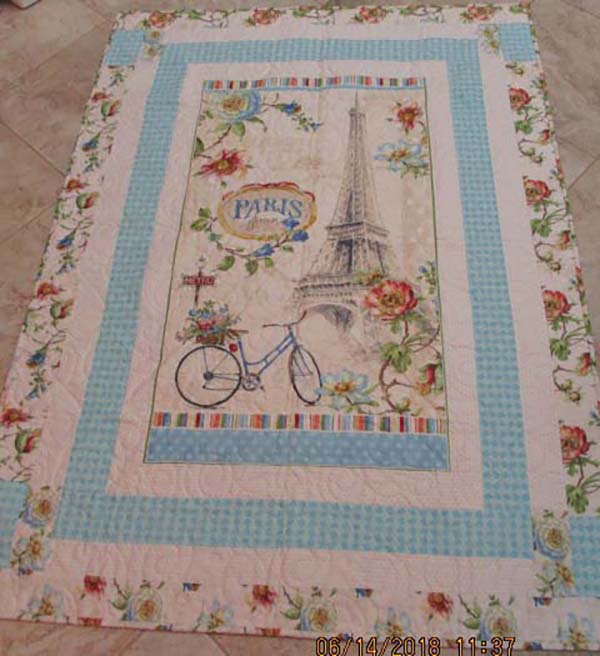 This is the original Paris Quilt Panel quilt that inspired Barbara. 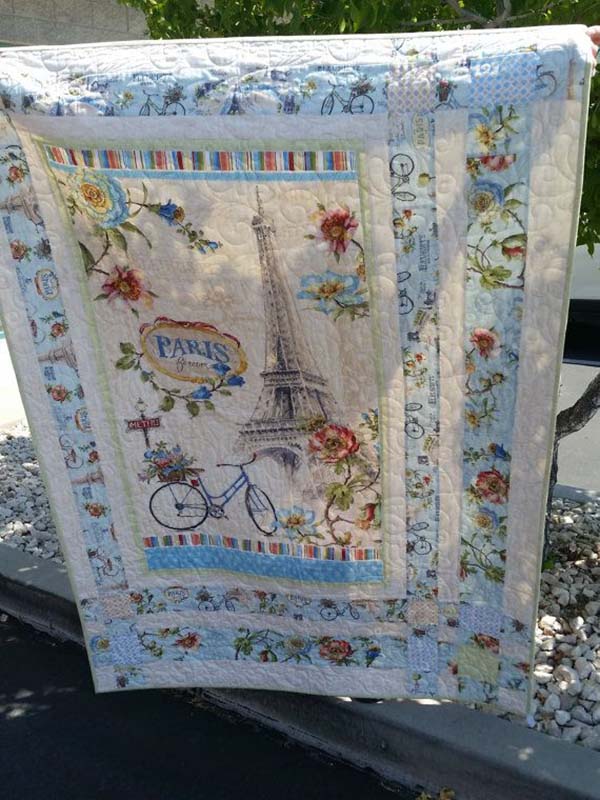