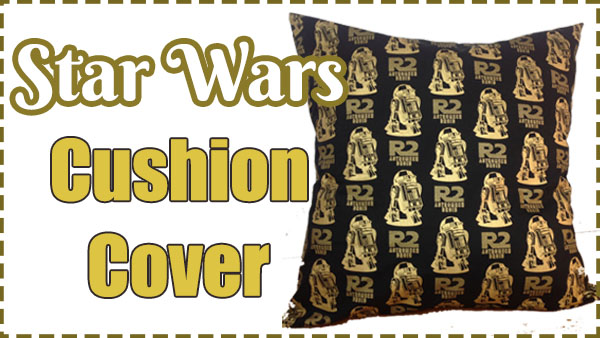 My grandaughter Ishta and her husband Evan are huge Star Wars fans, so when I saw this piece of fabric I just knew I had to get it. There was only a small piece left on the roll so I took the lot and just as well I did.

Once I got it home, I had to decide what to do with it. I pondered over it for a bit and then decided to make Evan a cushion cover and Ishta a zippered pouch.

Evan recently had an operation on his leg so I went with a 26″ cushion insert and cover as I thought a larger size would allow him to use it as a leg rest. Once the decision was made, the next part was easy, I simply used the cushion cover method from our ‘One Piece Cushion Cover’ tutorial.  However I did have to make a few changes as it turned out that the piece of fabric I had bought wasn’t long enough. I needed 60″ of fabric in length and I only had 58″. You can find the measurements for different sizes here.

The beauty of this cushion cover is that you can easily make adjustments.

I added a 2½” black strip to each end.  This gave me enough for the seam allowances and a 2″ strip on each end.  So now I had the length of fabric that I needed, and I ended up having a nice contrasting piece on the fold over on the back of the cushion cover.  Next time I think I would just add the strip to one end as you  only see one end the other is under the folded flap.

I am pretty pleased with how this turned out. 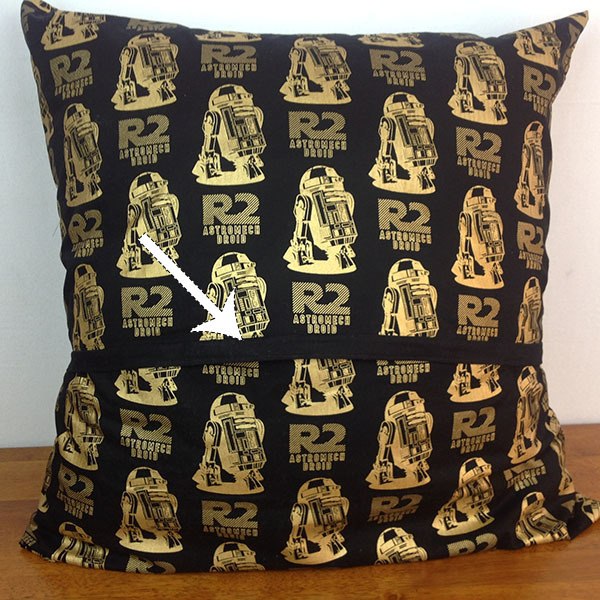 I had some fabric left over so I made Ishta a zippered pouch which I made using our zippered pouch tutorial. I did make changes though as I wanted to make a bigger pouch, I will add the changes in another post.