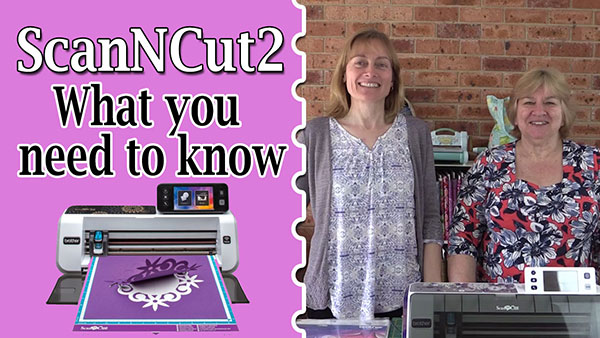 With the release of the new Brother ScannCut2, we thought we would write up a quick post to help you decide whether to upgrade to the next model or keep your existing Scan n Cut.

The first and most important thing you need to know is that depending on what country you are in, there is more than one version of the new Scan-n-Cut-2. In the US there are two versions and in Australia, there are 3 versions!

Watch the video tutorial below

This is going to be a little confusing for a lot of people as I don’t think many know this and will proceed to go ahead and purchase the cheaper model, not realizing that there is another version that has all the fabulous features that Brother is promoting in their videos on YouTube.

In fact, we were about to do this ourselves. On Amazon the new Scan-n-Cut is available for pre-order as of the date of writing this blog post. I thought great, we can buy it (and they even post to Australia) but after a bit of research, I realized this wasn’t the version with all the bells and whistles.

I’ve already noticed a number of people in the US saying they have purchased the ScannCut2 from HSN but I wonder whether they realize that there are two different versions.

There isn’t a huge difference between the two but if you are looking for a particular feature and you don’t realize that the cheaper model does not have that feature, then you may be disappointed. 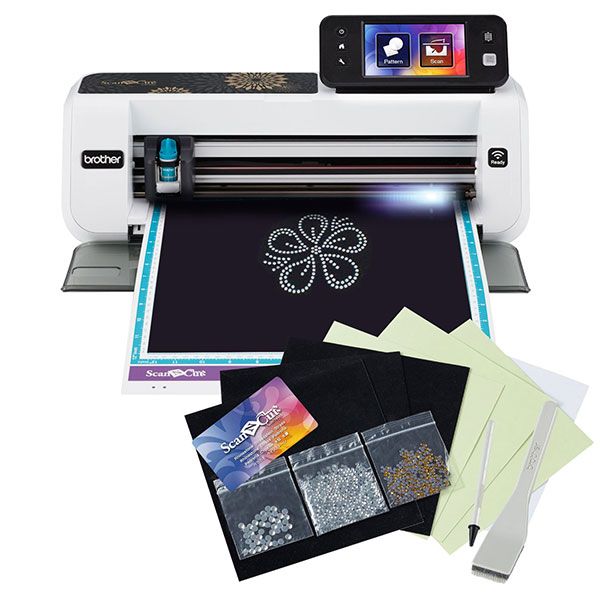 So if you are considering buying a new Scan n Cut 2 just know that there are two models in the US (in other countries the model numbers may be different):

The CM350 is the one that is being released to HSN, Amazon, Walmart and Jo-Ann’s. It’s the version that is selling for $349US and does not have all the new features.

The CM650 version sells for approximately $629US and is available for sale at smaller specialized retail outlets. Try your local fabric store or sewing machine stores for instance.

So how do they compare to each other AND the older models?

Wireless Ready:  What this basically means is that you can now transfer cutting files from ScannCut Canvas directly to your machine and vice versa.

NOTE:
This is a new feature and is included in both the CM350 and CM650. However, you need an activation card to get it all working and that is only included with the CM650. If you want to get the activation card for the CM350 it will cost you an extra $49.99 US.

Direct Connection via USB Cable – This is a new feature included with both the CM350 and CM650. It allows you to connect your computer to your ScannCut2 machine using a USB cable. However, the USB cable is not included for either model.

Scanning Color Recognition – This is a new feature and is available on both the CM350 and CM650 models. It will be interesting to see how this compares to the older versions but essentially you will be able to choose between grayscale or RGB color mode when scanning.

SVG Files – This is a great new addition and is available on both the CM350 and CM650 models. Now you will be able to import SVG files into your machine without having to convert them first.

PES Files – If you have an embroidery machine that accepts PES files then you will love this feature as the ScannCut will now read files containing stitch data. However, it is only available on the CM650 model.

We ended up going with the CM650 (which in Australia is the CM900). Why?…because the CM350 really doesn’t have enough value-added features for us to want to rush out and buy one to replace our older model. Plus we really want to use the 12” x 24” scanning facility.

Our Brother Scan n Cut 2 arrived this week and we just couldn’t wait to get it open and get started with it.  Are we happy with it –  YES we are. That’s not to say our old machine will be relegated to the garage. It just means that the two of us can work with our cutting files instead of having to wait for one to finish. Love all the new features so check out the video below this video for a review and overview of our new Brother Scan n Cut machine.