We have had the Silhouette Cameo for a while now and have been getting the hang of using it. It’s very similar to the Brother Scan n Cut in terms of what it can do but there are enough differences to make it a whole new learning experience. Some things are better and some are worse but that is a whole different video which we will be doing in the near future. I know a lot of people are tossing up whether to buy a Brother Scan n Cut or a Silhouette Cameo so hopefully, we will be able to help them come to a decision.

In the meantime, we felt it was time to start creating some tutorials for the Silhouette Cameo and this one is about creating a honeycomb stencil shape. We did a similar video for the Brother Scan n Cut which you can view here.

Watch the video tutorial on How to Create Honeycomb Stencils,below

This is a neat stencil shape that you can use for art journaling, scrapbooking, or card making. You can cut the stencil on card stock or scrapbooking paper and actually use the shape itself stuck down on the paper. Or you can create a stencil using stencil plastic and use it as we did in the image below by spraying with ink sprays to create beautiful effects. 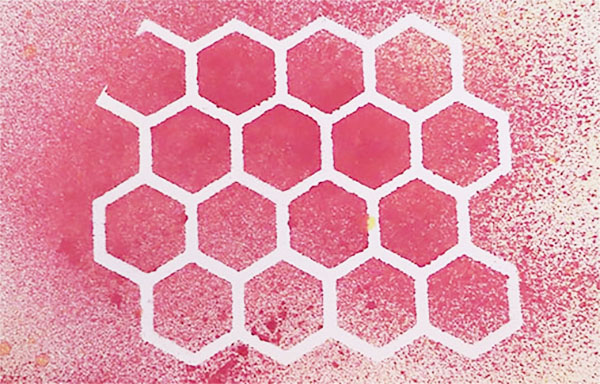